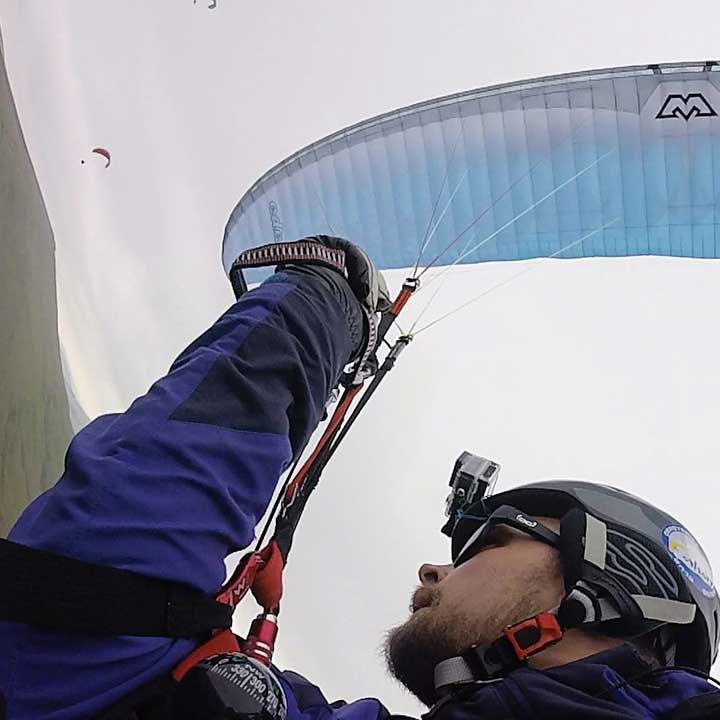 At Inflecto I serve as the technical lead on all our projects.

My secondary role involves introducing methods and procedures to the team as well as continually improving our development methods and overall teamwork.

Outside work, I have a young family and can often be found, weather permitting, soaring the local hills on my paraglider.

I have over sixteen years of professional experience in software development. My taste for programming started at a young age after I managed to hack together a few simple programs in BBC Basic. At school, I gained an interest in electronics and began to write simple programmes using the PIC micro-controllers. It was around this time I decided my future career lay in software development.

I later moved on to study Software Engineering at Sheffield Hallam University where I met Andy. Throughout university, we built up a good working relationship and soon both began thinking about starting our own business after graduation.

During my third year of university, I completed a placement at a large law firm where I was first introduced to web development using Microsoft’s ASP (Active Server Pages). Here, I was responsible for developing web based systems that were used by the legal teams. After returning to University and completing my final year, I had a brief interlude working for Computer Sciences Corporation at Chesterfield in a support role before going to work at Bootroom New Media in Rotherham.

At Bootroom, I was initially responsible for building content managed websites for clients and developing the companies’ custom Content Management System (CMS).

As Bootroom began to work on more complicated software systems, I was promoted to senior developer and lead the team’s development efforts. I also worked on various projects such as Quality Health’s Extranet, ticketing systems for Doncaster Rugby Club and several large-scale web sites such as Hallam FM Arena and a large custom CMS for all Barnsley GP surgeries.

I left Bootroom in 2006 for a role at CSE-Servelecwhich where I worked as part of a team developing their RiO application. This is used for NHS patient administration for the Mental Health and Community Health services.


We’d love to hear from you. Get in touch today and let us know how we can help.

Your Message Has been sent we will get back to you very soon.

We seem to be having a problem sending your message